We would like to offer our sincere support to anyone coping with grief. Enter your email below for our complimentary daily grief messages. Messages run for up to one year and you can stop at any time. Your email will not be used for any other purpose.

Share a memory
Obituary & Services
Tribute Wall
Read more about the life story of Eleanor and share your memory.

Eleanor Ziembinski Connell, age 97, died on January 5, 2023, at her home on the Hornby Road, Corning, New York. She was born in Manhattan on the 25th of September, 1925, the only child of Walter and Stanislawa Ziembinski. Mrs. Connell, very cognizant and proud of her Polish heritage, was called by her Polish diminutive name, “Dzi Dzi” (pronounced Gee Gee), by her parents and her grandchildren, and known as “Ellie” among friends.

Eleanor married Joseph A. Connell in Forest Hills, New York, June 26, 1948. Although brought up and educated in the metropolitan area, Eleanor and Joseph lived in rural Hornby since 1956.

Eleanor had a passionate and consistent interest in her community, specifically the Town of Hornby. She was a member of the Town Board and the Planning Board. Her public service included four terms as Councilwoman and one as Town Supervisor. Eleanor was also involved with the business affairs of her husband’s architectural practice in Corning.

In later years, her interest in global travel and genealogy gained importance. Mrs. Connell was a member of the Corning Women’s Club, Hornby Historical Society, the Kosciusko Foundation of NYC, the Polish Genealogical Society and the Polish Arts Club of Elmira.

A reception for shared remembrances will be held at 12:30 pm, Saturday, January 14th, at Eleanor’s house. Private internment will be at the Goodsell Cemetery in Hornby. Memorial gifts may be sent to The Kosciusko Foundation in NYC or to Planned Parenthood of Greater New York.

To send flowers to the family or plant a tree in memory of Eleanor Ziembinski Connell, please visit our floral store. 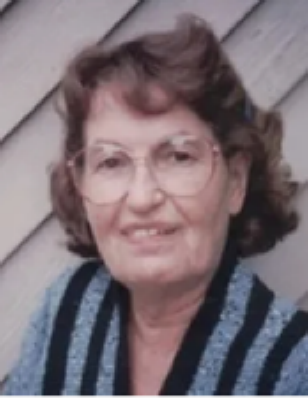 In Loving Memory Of

Look inside to read what others
have shared
Family and friends are coming together online to create a special keepsake. Every memory left on the online obituary will be automatically included in the book.

In Loving Memory Of

Look inside to read what others have shared

Family and friends are coming together online to create a special keepsake. Every memory left on the online obituary will be automatically included in the book.

You can still show your support by sending flowers directly to the family, or by planting a memorial tree in the memory of Eleanor Ziembinski Connell
SHARE OBITUARY
© 2023 Acly - Stover Funeral Home. All Rights Reserved. Funeral Home website by CFS & TA | Terms of Use | Privacy Policy | Accessibility